A lot of news to run down this week, including some game announcements, so lets dive right into it.  First up is hardware, with the PlayStation TV officially coming to North America this fall for $99, with a $139 bundle including PlayStation TV, a DS3 controller as well as an HDMI cord and a voucher for The LEGO Movie: The Video Game.  The Sony TV system will allow you to play titles using PlayStation Now as well as titles from Vita onto any HDTV.  Speaking of PlayStation Now, it is officially coming to open beta in North America and Canada on July 31st for PS4.  The service will allow, on open, the ability to play PS3 titles on the PS4, with more titles to come in the near future as well as PlayStation Now coming to Vita and PS3 at a later date. Lastly in hardware comes a special White PS4/Destiny bundle releasing on September 9th.

Now for the plethora of game announcements.  For the sake of sanity I will focus on the PS Exclusives here, with further in depth analysis for non-exclusives to come throughout the week.  First up, announced and available today, is Entwined priced at $9.99.  Running down extras for already released/announced games comes exclusive Marvel Avengers content for Disney Infinity, Fetch-centric standalone DLC for inFamous Second Son as well as the infected enemies from The Last of Us coming to Diablo 3 for PS4.  Speaking of The Last of Us, TLoU: Remastered now has an official release date of July 29th. Destiny announced that their PS4 exclusive beta will begin July 17th, with a PS4 exclusive first-look alpha coming this weekend (starting Thursday) with a sign up at the official website.

For the upcoming FarCry 4, you will be able to invite friends to play the co-op with you, even if they don’t have the game, exclusively on PS3 & PS4!  PS4 will also get some exclusive Scarecrow Nightmare missions for Batman: Arkham Knight when it releases next year.  Sony also announced that Grim Fandango and Ratchet & Clank will get their original games remastered for the PS4.  In other non-first-party studio games Magicka 2, Bloodborne, Let It Die, No Man’s Sky and Abzu will all be coming to the PS4 in the upcoming future.  Also announced this evening was LittleBigPlanet 3 with new characters and 4 player co-op which comes this November, as well as a big teaser trailer for the now officially titles Uncharted 4: A Thief’s End which will come next year.

This week sees Sly Cooper: Thieves in Time (PS3) free for PS Plus subscribers as well as a handful of discounts for some AAA games which can be seen here. 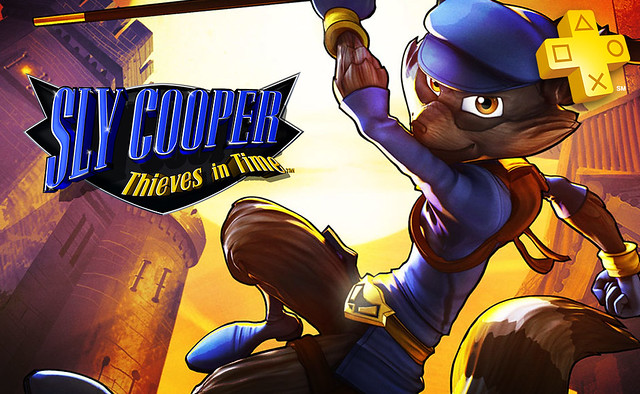 When the PSN Store updates the following games will be available digitally:

Keep your eyes peeled here for weekly and now daily updates on all things PlayStation!